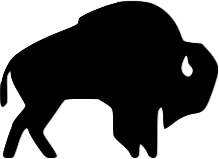 Genesis to revelation
​by jd greer

On the Road to Emmaus
Luke 24:13-27
Now that same day two of them were going to a village called Emmaus, about seven miles from Jerusalem. They were talking with each other about everything that had happened. As they talked and discussed these things with each other, Jesus himself came up and walked along with them; but they were kept from recognizing him.
He asked them, “What are you discussing together as you walk along?”
They stood still, their faces downcast. One of them, named Cleopas, asked him, “Are you the only one visiting Jerusalem who does not know the things that have happened there in these days?”
“What things?” he asked.
“About Jesus of Nazareth,” they replied. “He was a prophet, powerful in word and deed before God and all the people. The chief priests and our rulers handed him over to be sentenced to death, and they crucified him; but we had hoped that he was the one who was going to redeem Israel. And what is more, it is the third day since all this took place. In addition, some of our women amazed us. They went to the tomb early this morning but didn’t find his body. They came and told us that they had seen a vision of angels, who said he was alive. Then some of our companions went to the tomb and found it just as the women had said, but they did not see Jesus.”
He said to them, “How foolish you are, and how slow to believe all that the prophets have spoken! Did not the Messiah have to suffer these things and then enter his glory?” And beginning with Moses and all the Prophets, he explained to them what was said in all the Scriptures concerning himself.

We don’t know exactly what Jesus said that day, but I imagine that it must have sounded something like this:
In Genesis, I was the Word of God, creating the heavens and the earth.
In Exodus, I was the Passover lamb whose blood was sprinkled on the doorpost of your heart so that you could escape the bonds of slavery.
In Leviticus, I was the temple, the holy place where you would meet with God.
In Numbers, I was your ever-present God, a pillar of cloud by day and a pillar of fire by night.
In Deuteronomy, I was that coming prophet who was going to be greater than Moses.
In Joshua, I was the conquering warrior who would lead you victoriously into the promised land.
In Judges, I was the unlikely savior who would rise from weakness in order to rescue you.
In Ruth, I was your kinsman redeemer.
In First and Second Samuel, I was your humble shepherd king who rushed out to face the giants all by myself.
In First and Second Kings, I was your righteous ruler.
In First and Second Chronicles, I was the restorer of the kingdom.
In Ezra, I was the faithful scribe.
In Nehemiah, I was the rebuilder of the walls.
In Esther, I was your advocate in the throne room, risking my life to save yours.
In Job, I was your living redeemer.
In the Psalms, I was the one who hears your cries.
In Proverbs, I was wisdom personified.
In Ecclesiastes, I was the meaning in the madness.
In the Song of Solomon, I was your lover and your bridegroom.
In Isaiah, I was the Son that would be born to you who would be called wonderful counselor, mighty God, everlasting Father, and the prince of peace and the one who would be wounded for your transgressions and bruised for your iniquities so that you could be healed.
In Jeremiah, I was the spirit who writes God’s laws on your heart.
In Lamentations, I was the weeping prophet.
In Ezekiel, I was that river of life that was bringing healing to the nations.
In Daniel, I was that fourth man in the fire.
In Hosea, I was the ever-faithful husband who was pursuing his ever-unfaithful bride.
In Joel, I was the restorer of all that the locusts have eaten.
In Amos, I was your burden-bearer.
In Obadiah, I was the judge of all the earth.
In Jonah, I was the prophet that was cast out into the storm so that you can be brought in.
In Micah, I was the everlasting ruler who would be born to you in Bethlehem.
In Nahum, I was the avenger of God’s elect.
In Habakkuk, I was your reason to rejoice even when your fields were empty.
In Zephaniah, I was the great reformer.
In Haggai, I was the cleansing fountain.
In Zechariah, I was the pure sun whom every eye on earth would one day behold.
In Malachi, I was the sun of righteousness rising with healing in his wings.

Of course, we know the Bible doesn’t stop there. He wasn’t just promised, he came.

In Matthew, we saw him as the king of the Jews.
In Mark, we saw him as the Son of God.
In Luke, the Savior that was born to us in the city of David, Christ, the Lord.
In John, he was the Word made flesh, dwelt among us full of grace and truth.
In Acts, he was Christ the risen Lord that was proclaiming salvation to the nations.
In Romans, he was the justifier.
In First and Second Corinthians, he was the spirit at work in the churches.
In Galatians, he was the righteousness imputed to us by faith.
In Ephesians, he was our divine armor.
In Philippians, he is the God who meets our every need.
In Colossians, he is the firstborn over all creation.
In First and Second Thessalonians, we see him descending from heaven to meet his people in the clouds with a shout.
In First and Second Timothy, he is the one mediator between God and man.
In Titus, he is our faithful pastor.
In Philemon, he is our redeemer who restores us to service.
In Hebrews, he is our great high priest.
In James, he is the life in our faith.
In First and Second Peter, he is our living cornerstone.
In First, Second, and Third John, he is our righteous advocate who stands by the Father, pleading his righteousness in our place.
In Jude, he is God our Savior, the one who presents us faultless in his presence with great joy.
In Revelation, he is the Alpha and the Omega, the beginning and the end, the first and the last, the lamb that was slain before the foundation of the world, the King of kings, and the Lord of Lords.


__________
1 While much of this is original, we also drew from S.M. Lockridge, Darrell Gilyard, Tim Keller, and http://www.jesusplusnothing.com/jesus66books.htm.
HOME
BUFFALO CHI ALPHA